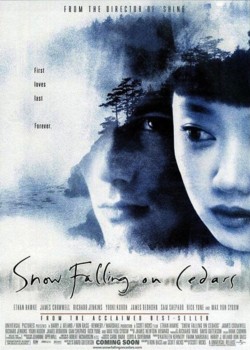 It tells the story of the trial of Kazuo Miyamoto (Yune), a Japanese-American accused of murdering a white man, Carl Heine. The backstory dives into the entire community on a small, close-knit island in Washington state. As the trial goes on, flashbacks establish the past relationship between the disillusioned journalist covering the case and Kabuo's wife, the beautiful Hatsue, from childhood.