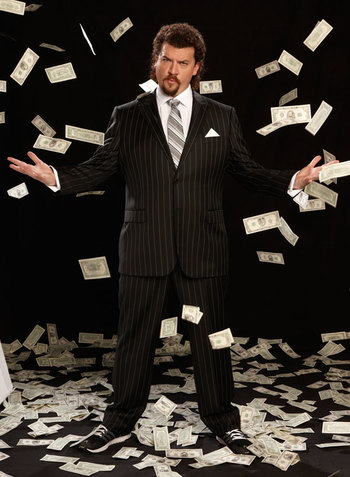 Daniel Richard "Danny" McBride (born December 29, 1976 in Statesboro, Georgia) is an American actor, comedian, and writer. He is best known for his roles in Pineapple Express and Tropic Thunder as well as being the co-creator and star of the HBO shows Eastbound & Down and Vice Principals, and frequent collaborations with Seth Rogen, and writer/directors Jody Hill and David Gordon Green, having met the latter two in college.

Do not confuse him with one of the writers and producers for Underworld (2003), who is also named Danny McBride.