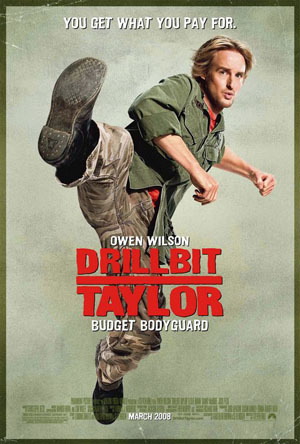 He's better than nothing.
Advertisement:

Drillbit Taylor is a 2008 film starring Owen Wilson as a Drillbit Taylor, a man hired by three high school students (Wade, Ryan and Emmit) to protect them against the school bullies Filkins and Ronnie.

Notable as John Hughes' last screen work, with Hughes receiving co-story credit under his "Edmond Dantes" pseudonym. Apparently it was an old Hughes idea that a studio picked up.