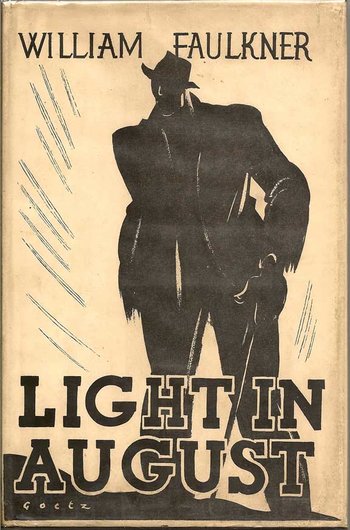 Light in August (1932) is a novel by William Faulkner that examines race, class, and religion in 1930s Mississippi.

The story begins when Lena Grove, a young pregnant woman from Alabama, arrives in Jefferson, Mississippi (a recurrent Faulkner setting) searching for the father of her child. Her story intersects with, and is then subsumed by, that of Joe Christmas, a biracial white-passing man whose fanatical religious upbringing and inability to square his mixed-race heritage with his life experiences sets him on a path toward inevitable tragedy.