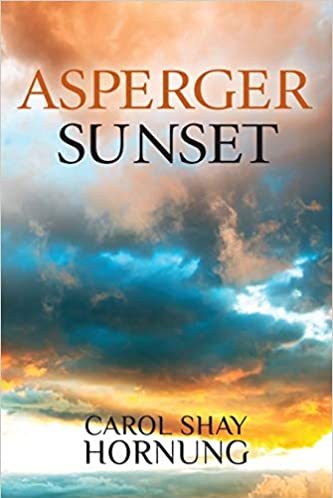 Asperger Sunset is a 2013 novel by Carol Shay Hornung.
Advertisement:

Russ Dante, a seventh-grade math teacher with Asperger syndrome, is painting the sunset at Elver Park when he sees one man stab another to death. The next day, the body is gone, and Russ is a suspect. Russ works to solve the murder, but he needs to hurry, because the killer saw him and now wants him dead.