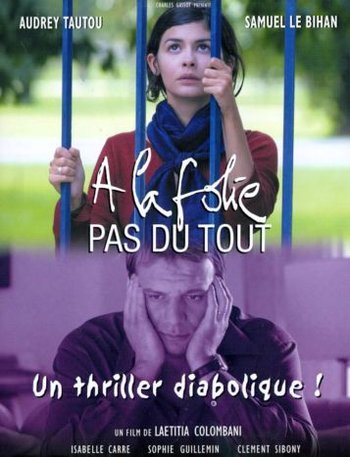 He Loves Me He Loves Me Not (French: À la folie... pas du tout) is a 2002 French film directed by Laetitia Colombani and starring Audrey Tautou.

The film follows Angélique, a successful art student who has just won a prestigious scholarship. In between creating her art projects, she has a part-time job at a cafe and house sits for a wealthy vacationing family. Angélique is in love with Loïc, a handsome cardiologist. Loïc is married and his wife is pregnant, but Angélique insists to her friends who know about the affair that Loïc will soon leave his wife for her.

There are twists a-hoy. Best to watch it and enjoy.