Film / A Heart In Winter 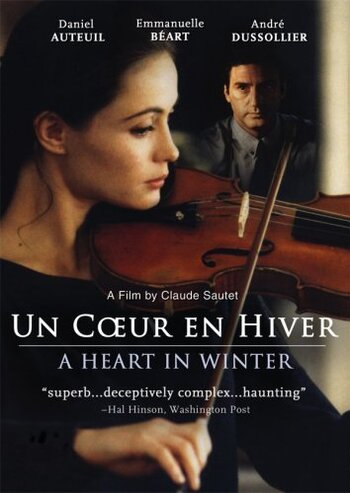 Stéphane (Daniel Auteuil) is an introverted and stoic violonist-maker and repairer associated with his best friend Maxime (André Dussollier). One day, Maxime reveals to Stéphane that he has been dating one of their client, a young violonist named Camille (Emmanuelle Béart). At first, Camille is annoyed by Stéphane's apparent indifference, but it's not long before she realizes that she has fallen passionately in love with him, and Stéphane has to come to terms with the fact that he might love her too.