Film / Happiness Is in the Field 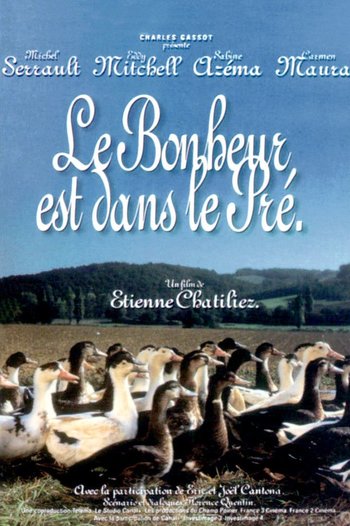 Francis Bergeade (Serrault) is the general manager of a factory which manufactures toilet brushes and toilet seats. He is unhappy with his life: his employees are on strike, he undergoes a tax audit, his daughter wants to organize a very expensive wedding ceremony and his wife is very unpleasant with him. His best friend, Gérard Thulliez (Mitchell), tries to cheer him up and he takes him out for a meal, but Francis feels faint. During his recovery, Francis watches a TV show, where a woman and her two daughters call for finding back their disappeared husband and father. They show a photograph of him and he looks exactly like Francis.

Happiness Is in the Field provides examples of: