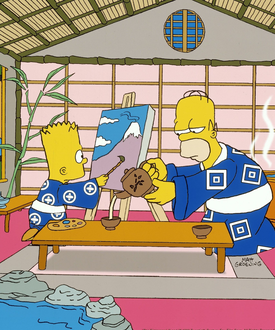 After being robbed of their savings by Snake at an Internet café, the Simpsons start scrounging for money for their family vacation. They soon learn they can get cheap plane tickets by booking last-minute flights to an unknown location. The flight they get onto flies to Tokyo, Japan, where the Simpsons take in Asian culture — and must compete on a game show in order to fly home.