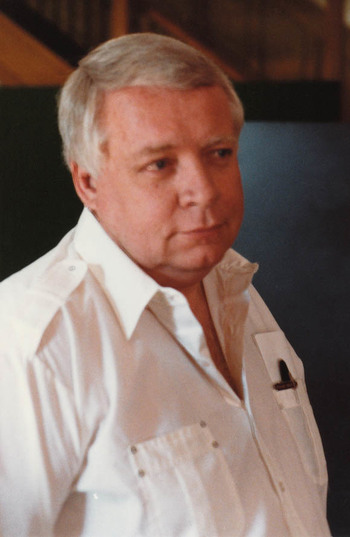 Algirdas Jonas "Algis" Budrys (January 9, 1931 – June 9, 2008) was a science fiction writer and editor. The son of a Lithuanian diplomat, he lived in the United States from the time he was five. Early in his career, he frequently used the pen name "John A. Sentry", an anglification of his Lithuanian name.

He published several novels and numerous short stories. His best-known were the novels Who? (1958) and Rogue Moon (1960), both of which were nominated for the Hugo Award, and Hard Landing (1993), which was nominated for a Nebula. Who? was adapted for film in 1973. The movie starred Elliott Gould and Trevor Howard.

In addition to his writing, he worked as an editor for a number of companies over the years, including a stint as book editor at Playboy.