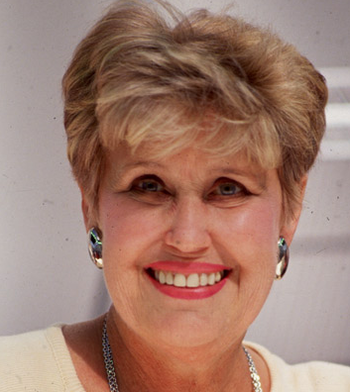 Erma Bombeck (Feb. 21, 1927 - Apr. 22, 1996), born Erma Louise Fiste, was a newspaper columnist and author of humorous books about domestic life. Erma's career as a humorist began in high school, when she wrote a funny column for the school paper. Her work in newspapers and humor writing continued after graduation, when she worked to earn scholarship money to Ohio University. After being forced to leave the college, she persisted, working hard to earn an education at the University of Dayton. However, her humorous writing continued.
Advertisement:

In 1949, she married her husband, Bill, a fellow graduate of the University of Dayton. Approximately four years later, they adopted a girl, Betsy, and Erma chose to trade in her formal career in journalism to focus on her home, though she did write for the Dayton Shopping News one year. In 1955, Erma gave birth to her and Bill's first son, Andrew, who was followed by a second son, Matthew, in 1958.

Six years later, Erma returned to writing, publishing a series of columns in the local paper. In 1965, the Dayton Journal Herald also called for more of her work, and so began Erma's career as a nationally beloved humorist.