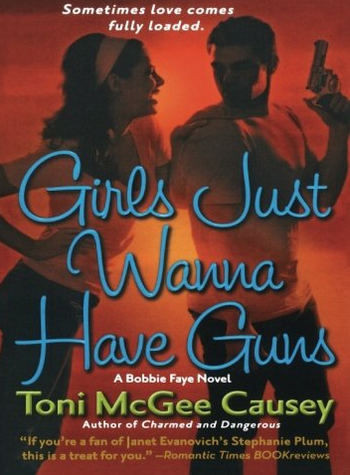 A trilogy by Toni McGee Causey about Bobbie Faye Sumrall, a Walking Disaster Area of a woman who lives in Louisiana. The first book starts with her trailer flooding - on the same day that her brother Ray is kidnapped AND CPS is coming by to make sure she's taking care of her lush little sister's five-year-old.
Advertisement:

The first two books were named Bobbie Faye's Very (very very very) Bad Day and Bobbie Faye's (kinda, sorta, not exactly) Family Jewels. The publishers decided to rebrand the series (much to some people's disappointment) and rename the books: