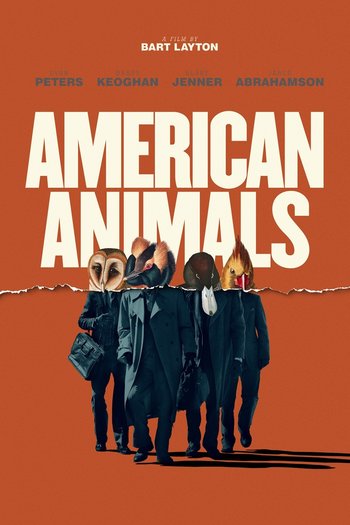 American Animals is a 2018 heist film written and directed by Bart Layton (The Imposter 2012). The story dramatizes an actual theft of several valuable books from the library of Transylvania University in Kentucky by four college students. Throughout the film, interviews with the real perpetrators and their families provide commentary on the action as it unfolds.