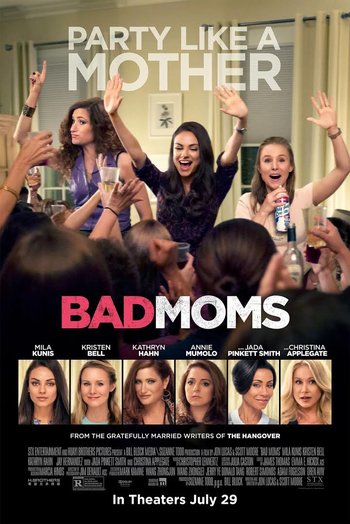 Bad Moms is a 2016 comedy film written and directed by Jon Lucas and Scott Moore (screenwriters of The Hangover) and starring Mila Kunis, Kristen Bell, and Kathryn Hahn.

Amy Mitchell (Kunis) is an overworked, underappreciated mother of two. After a particularly stressful day, she decides to rebel against the tyrannical PTA president of her children's school, Gwendolyn (Christina Applegate). Joining her are repressed housewife Kiki (Bell) and brazen, vulgar single mom Carla (Hahn).