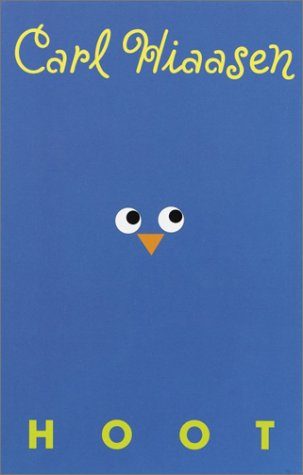 A middle grade novel by Carl Hiaasen published in 2002. It won a Newbery Honor in the following year.

The plot follows a boy in middle-school named Roy and the construction of a pancake house in Coconut Cove, Florida. Roy's father has a military career which forces his family to relocate within the United States constantly. At the start of the novel, Roy is just settling into his new town.

He sees a mysterious barefoot boy, and attracts the ire of the school bully as well as the attention of the school's jockiest jock (who also happens to be a girl) just on his first day. Further investigation leads him to find out that the barefoot boy is protecting a family of burrowing owls and is also the one "sabotaging" the construction of the pancake house.

The film has examples of the following tropes: