Film / Without a Paddle 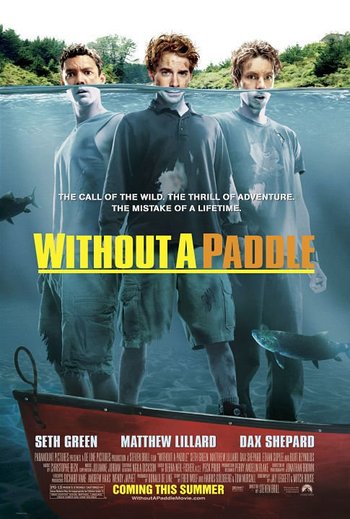 Without a Paddle is a 2004 comedy starring Seth Green, Matthew Lillard and Dax Shepard.

Tom (Shepard), Jerry (Lillard), and Dan (Green) reminisce about their childhood dreams when their best friend passes away. While looking through their old tree house, they remember their obsession with D.B. Cooper's treasure. When they find a recent map that their friend left for them, they decide to honor his memory and go on the search for the treasure that they planned as children. Along the way, they encounter a pair of heavily armed pot farmers, two lovely tree-dwelling hippies, and much more.

A straight-to-DVD sequel was released in 2009.