Film / What Planet Are You From? 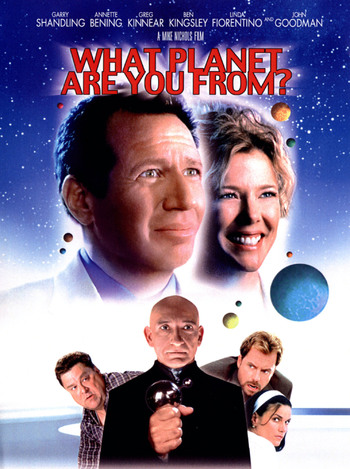 An out of this world comedy!
Advertisement:

Harold Anderson (Shandling) is a man on a mission, having arrived in Phoenix, Arizona to find a woman with whom to have a child. Complicating matters are the facts that he is a member of a highly-advanced but emotionless all-male alien society, he has landed on the radar of a greedy FAA agent (Goodman) who is trying to out him as an alien, and—most troubling—he has started to fall in love with his chosen mate (Bening).

What planet are these tropes from?: