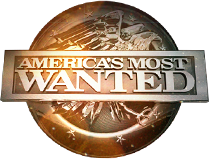 America's Most Wanted was an American TV show produced by 20th Century Fox's syndication division, and is the longest-running program of any kind in the history of Fox.

The show's chief purpose was to assist law enforcement in the apprehension of fugitives wanted for major felonies (such as murder, rape, child molestation, white collar crime, armed robbery, gang violence and terrorism). Numerous fugitives profiled on the show are currently on the FBI's Ten Most Wanted Fugitives list, and AMW has a separate "Dirty Dozen" list on its web site outlining twelve notorious criminals still at large (some of whom are on the FBI's Ten Most Wanted list). On May 2, 2008, the program's web site announced its 1,000th capture; to date, over 1,100 fugitives have been captured as a direct result of tips offered to the show's toll-free and anonymous tipline. Dramatic re-creations of the crimes committed are an important part of the show's arsenal, and the show itself works closely with law enforcement agencies worldwide to help catch fugitives.

The concept for America's Most Wanted was adapted from the 1960s German show Aktenzeichen XY... ungelöst (File Number XY... Unsolved) and the 1984 British show Crimewatch. AMW's first episode aired in February 1988, and within four days of the broadcast, one of the FBI's Ten Most Wanted Fugitives was captured as a direct result of a tip phoned in to the show; this capture helped to sell the show's premise of "Watch TV, Catch Criminals" to skeptical law enforcement officials.

After the pilot's premiere, Fox eventually hired John Walsh to host the program. Walsh became a public figure after his 6-year-old son, Adam, was kidnapped and murdered in 1981; Walsh and others had successfully persuaded Congress to create the National Center for Missing and Exploited Children. Walsh has been the host of the show ever since, and has sometimes appeared at the arrests of high-profile fugitives who have been captured thanks to the program.

In the fall of 1996, Fox cancelled the show; this would prove to be a short cancellation. Low ratings of the shows that replaced it — combined with a massive effort from fans, numerous law enforcement and government officials, and the governors of 37 states — successfully persuaded Fox to uncancel the show just six weeks later. The program was rechristened America's Most Wanted: America Fights Back upon its return, and the program resumed its regular Saturday night timeslot, paired with reality show Cops; the two-hour Cops and AMW block was the longest unchanged primetime schedule in the history of American television.

Fox announced the cancellation of AMW again in 2011; instead of continuing the show as a weekly program — citing rising unprofitability due to high production costs as the chief culprit behind the decision — Fox replaced it in the following fall with repeats of other Fox shows such as Family Guy and The Cleveland Show, but still presented two-hour AMW specials every quarter up until April 2012. Lifetime ended up being the show's savior, with new weekly episodes appearing on the cable channel in the fall of 2012, but they too eventually cancelled the program and dropped it from itself schedule altogether.

Later in 2013, Lifetime aired a one-shot special called John Walsh Investigates. On July 13, 2014, John Walsh returned to television on a regular basis again with an all-new series on CNN entitled The Hunt with John Walsh. The Hunt follows in the footsteps of AMW in giving criminals unwanted exposure to the public, though it does differ significantly from its predessessor; the series has a much slower pace to it and is presented in a documentary style, with each episode dedicating the entire hour to just one criminal profile (two at the most in some episodes). Like AMW, The Hunt too has a toll-free hotline where viewers can leave tips regarding the whereabouts of the criminals featured, and one can still remain anonymous if they wish to.

In January 2020, Fox (who retained ownership of the America's Most Wanted intellectual property after its former parent's merger with Disney) announced plans to revive the series, with a new host and a global reach versus the original series. A year later, it was announced that Elizabeth Vargas, formerly of ABC News, hosts the new revival which premiered on March 15, 2021.

Until next time I'm John Walsh and remember, you CAN make a difference.