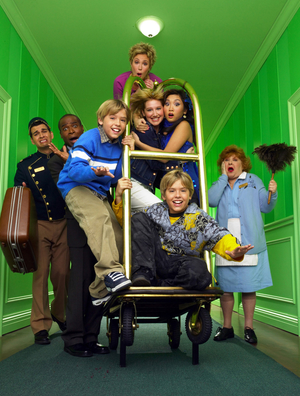 The Hotel Hellion is the bratty little kid that terrorizes the hotel, causing trouble and funny situations along the way. Often they are a Spoiled Brat because the hotel's owner is likely their parent, but they may just be spoiled rascals who in reality are good kids.

This can extend to places that, while not exactly hotels, are functionally similar such as cruise ships, fraternities or even plain old apartment buildings, where the child in question may be the landlord's.

The Trope Maker is probably the title character from the Eloise books. Not to be confused with Hell Hotel, which is when it's the hotel itself that is scary.