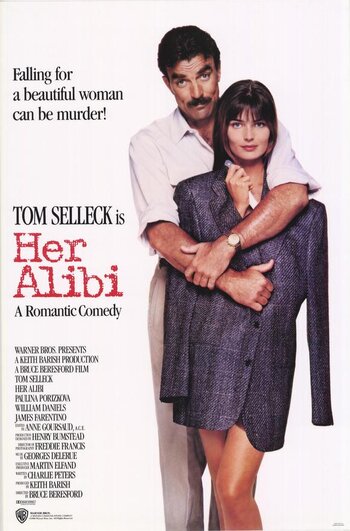 A 1989 romantic comedy film starring Tom Selleck as Phillip Blackwood, a writer of detective novels. After a 4-year bout of writer's block, Blackwood is desperately seeking new material at the local courtrooms. There he encounters Nina (Paulina Porizkova), an enchanting young woman accused of murder. Inspired by her and believing her to be innocent, he offers to provide her with an alibi.

As he spends time with her, however, he's forced to question if she truly is innocent and if he may be next on her list.