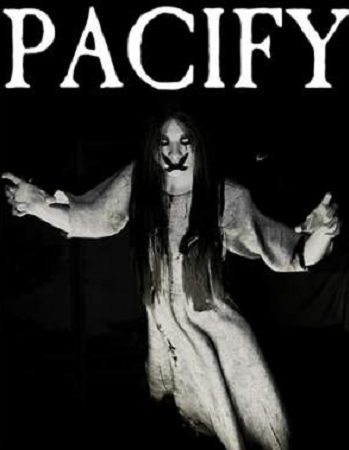 The Darkness Is Waiting For You...

Pacify is a Multiplayer Survival Horror game by Shawn Hitchcock, the developer of Emily Wants To Play. It was released for PC through Steam on February 22nd, 2019.

Congratulations, and welcome to your new job at PAH Inc. (Paranormal Activity Helpers Incorporated). They say you won't be in any danger, the pay is good, and as luck would have it, they have plenty of jobs lined up now. Your first assignment will be to investigate this old house. The broker wants to put it up for sale, but the locals have been spreading rumors of some evil thing there, which could really hurt his chances of selling it. Even he's starting to feel unsettled.

Anyway, we need you and some colleagues to check the place out. You could go it alone if you want, but we would feel better to have some backup. Explore the house, check for ghosts, and if you find any evidence of haunting, be sure to bring it back to us.

In addition to having single-player and co-op campaigns, the game also has PvP mode in which five PAH Inc interns can go up against each other to collect the most evidence to bring back, and from there be hired full-time. The players can actively push each other down and make them lose the keys and other items they have picked up in their mission.

Later on, the developers added two more cases for the interns to investigate, with a third on the way: