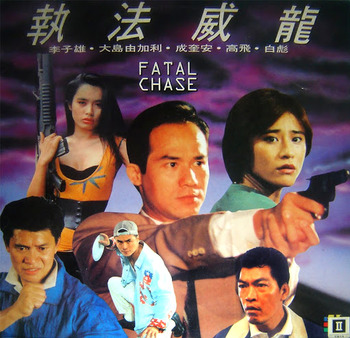 Fatal Chase is a 1992 action movie directed by Philip Ko, starring Robin Shou, Waise Lee, and Yukari Oshima... fished out from the bottom of the pickle jar in the last minute.

When Torres, a vicious international drug dealer and wanted criminal by the Philippines government, is arrested in Hong Kong, two Hong Kong policemen, Billy (Robin) and Cynthia (Yukari) is tasked with escorting him to the Philippines. But Torres' boss, Tiger, leader of the Manila underworld, managed to bail Torres out, at which point they're forced to work with loose cannon officer Sergeant Franco (Philip).