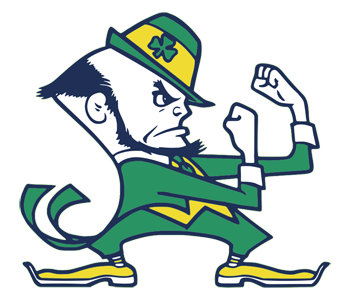 Send a volley cheer on high, shake down the thunder from the sky.
"Then Maggie O'Connor took up the job, 'Biddy' says she 'you're wrong, I'm sure'
Biddy gave her a belt in the gob and left her sprawling on the floor
Then the war did soon engage, t'was woman to woman and man to man
Shillelagh law was all the rage and a row and a ruction soon began"
— Tim Finnegan's Wake, traditional Irish ballad
Advertisement:

Ireland, the land of ire.

The Irish, or at least Oirish, counterpart to the Violent Glaswegian (when there's even any difference at all). Characters who are Irish or are of Irish descent are often portrayed as being fond of physical confrontation; even in a work where violence is typical, Irish characters will be especially eager for it. Being intoxicated and/or in a bar will often accentuate these tendencies.

This can be played many ways. A good-natured Boisterous Bruiser who favors his fists is typical of many recent examples; boxing has a long history in Ireland and among Irish-Americans, and in recent years, Irish boxers have had success at the Olympic Games. Negative portrayals are more common the farther back you go. There are also pirates which include Anne Bonny and Grace O'Malley. More thuggish examples will often carry a shillelagh, a traditional knobby cudgel that has become a symbol of Irish culture as well as its violence. Even darker examples might be remorseless Blood Knights, tyrannical bullies, or terrorist psychopaths. If a Fighting Irishman is or was in the Irish Republican Army expect him to have at least a bit of the Mad Bomber thrown in.

This may very slowly be becoming a Discredited Trope; while in the eighteenth century both the French and Spanish armies fielded expatriate "Irish Brigades," and nineteenth century Irish soldiers did indeed make up a disproportionate number of soldiers in the British and American armies (and are still allowed to join the British Army) times have moved on even if the stereotype hasn't. Ironically, Ireland is one of very few countries to become independent in the 20th century to have never been in an international war. During World War II it remained neutral and turned down a 1949 offer to join NATO. In fact, the Irish military has a good reputation as peacekeepers.note It isn't lost in places like Africa that the Irish are one of the European countries that never went out creating colonial empires, and were, in fact, colonial subjects themselves until, like many African nations, they won independence from somebody else's Empire. This gives Irish soldiers trust and respect as part of any U.N. peacekeeping forces and helps explain why Irish troops are sought after for U.N. purposes. The island also has a low rate of violent crime by international standards; nevertheless, do Beware the Nice Ones.

Mosty overlaps with Fiery Redhead, since Irish people are known to have red hair. A more violent, criminal version of this stereotype is The Irish Mob. Can also overlap with Hollywood New England and Southies since many people from Massachusetts, especially Boston, are of Irish descent.

Punch-Out!!'s Irish representative, a hot-blooded sneak who loves to punch and get punched.

Punch-Out!!'s Irish representative, a hot-blooded sneak who loves to punch and get punched.