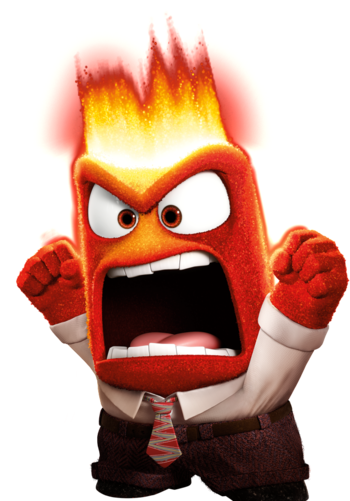 "Congratulations, TV Tropes! You've ruined life! First it was the Internet, and now you."
"Anyone can become angry - that is easy, but to be angry with the right person at the right time, and for the right purpose and in the right way - that is not within everyone's power and that is not easy."
— Aristotle
Advertisement:

Grr! You! Here's an index of tropes that revolve about the emotion of anger in all its myriad forms. NOW CHECK THEM OUT OR I'LL GET REALLY ANGRY!

GRRRRR! Hurry up and look at these tropes! I'm losing my patience with annoying stumps like you! You're beginning to piss me off!

Are you finished yet, because I'm GONNA EXPLODE! ARRRRGGGGGHHHHH!