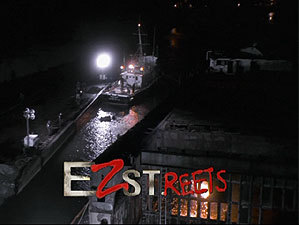 This short-lived series lasted eight episodes on CBS (with a ninth that only aired years later on cable). It followed an undercover cop, Cameron Quinn (Ken Olin) who was branded dirty after an assignment went bad. He was recruited by the mysterious Captain Geary of the Intelligence Unit to to take down a mobster named Jimmy Murtha (Joe Pantoliano), who's in a turf war with fellow gangster Michael "Fivers" Dugan (RD Call) who's got the city's drug addicted mayor Christian Davidson (Carl Lumbly) in his pocket. Other main characters are Jimmy's friend Danny Rooney (Jason Gedrick), who spent 3 years in prison rather than rat him out, his lawyer Theresa Conners (Debrah Farentino), and his enforcer Mickey Kinnear (Mike Starr), and Quinn's new partner Detective Frank Collero (Richard Portnow). Extremely critically acclaimed, it was created by future Oscar winner Paul Haggis. This series has been singled out as being way ahead of its time.