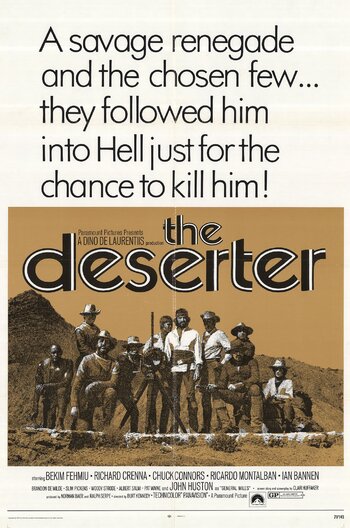 The Deserter (La Spina Dorsale Del Diavolo) is a 1971 Spaghetti Western film produced by Dino De Laurentiis. It was directed by Burt Kennedy.

Bitter over his wife's death due to what he believes was army negligence, Capt. Viktor Kaleb deserts the cavalry and disappears into the southwestern wasteland. But when marauding Apaches set up a stronghold just out of the cavalry's reach in Mexico, Kaleb is given amnesty in exchange for leading a small band of especially trained soldiers to wipe out the Indian stronghold.