Children Are a Waste 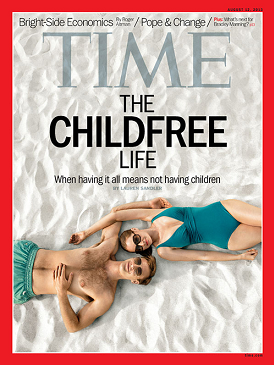 In Real Life and in fiction, the Straw Feminist and the Straw Bachelor are generally at each other's throats. However, it seems that there is one thing that both parties agree on: children are a waste. For the straw feminist, a child serves only to chain the woman at home when she could be aspiring to bigger and better things. To the straw bachelor, a child means being tied down to one woman, and having to pay hundreds of thousands or even millions for maintenance and education, when that time and money could be invested into better use.

Other reasons people might believe this is thinking that children are stupid, parasites, spoiled brats, cruel, or just useless — surely all they do is run around playing, eating, and not contributing to society.

In works of Anti-Intellectualism, intellectuals and rich industrialists will usually be portrayed in this manner, as Social Darwinists who consider children as inherently worthless "animals" who can be aborted, except when they're invested in an expensive education to make them rich, professional, intelligent and therefore honourable "humans". This may be due to the low fertility rate (and legal abortions for rape, teen pregnancy and such unplanned forms of parenthood) in industrialized science-oriented countries, and how many said intellectuals know about the ideas of Thomas Malthus.

To rectify this, some morally dubious characters may decide to build something Powered by a Forsaken Child. Compare the more irrational sister trope Child Hater.

Contrast Babies Make Everything Better and Not Wanting Kids Is Weird.