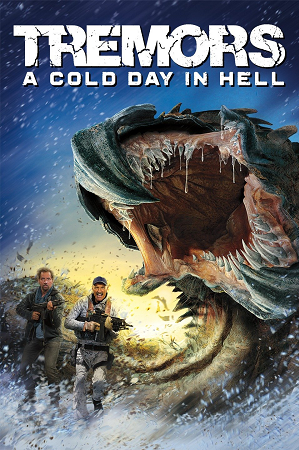 Tremors: A Cold Day In Hell is the sixth installment in the Tremors film series, released as a Direct to Video film on May 1, 2018. It's set in Canada (but filmed in South Africa).

It once again sees the return of renowned monster hunter Burt Gummer, and his son, Travis Welker, introduced in the previous installment. It also introduces Valerie McKee, daughter of Valentine McKee and Rhonda LeBeck, one of a team of scientists who call in the duo to battle a Graboid infestation in their Arctic research station.

It contains examples of the following tropes: