Film / Lean on Me 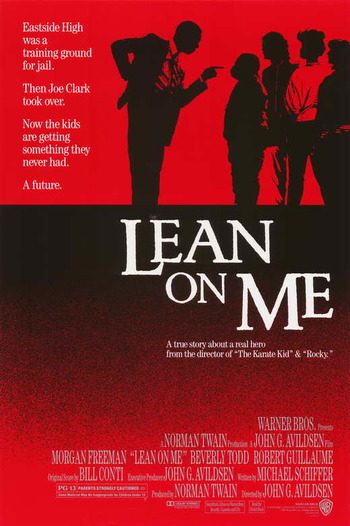 Lean On Me is a movie Very Loosely Based on a True Story about a tough new school principal (played by Morgan Freeman) who brings a new level of order to an otherwise chaotic school.