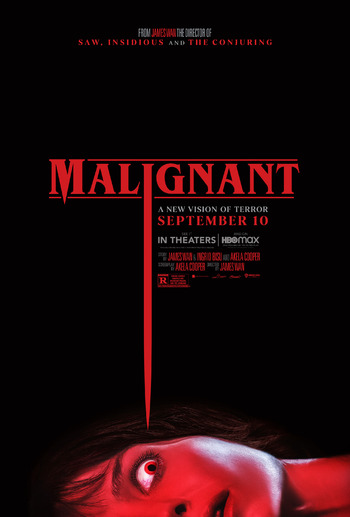 Every kill, every moment brings him closer to you.
"It's time to cut out the cancer."
— Gabriel
Advertisement:

Malignant is a supernatural horror film directed by James Wan, which marks the director's first original horror film since The Conjuring in 2013. It was released on September 10th, 2021.

Following the brutal murder of her abusive spouse, Madison (Annabelle Wallis) begins to have ghastly dreams of further homicides. But these murders are also real, seemingly committed by a being called Gabriel with whom she shares a strange connection...

Ultimately, she kind of was, even if she didn't know it.