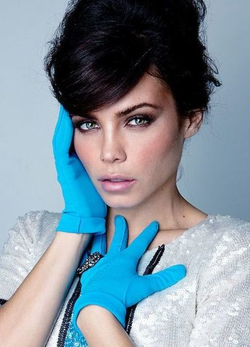 Jenna Lee Dewan (born December 3, 1980 in Hartford, Connecticut) is an American actress and dancer, best known for her roles in the film Step Up and Lifetime's original series Witches of East End. Her father is part-Lebanese; the surname "Dewan" means "bundle of written sheets," or "book," in Arabic. In addition she has Polish, German and English ancestry.

Prior to acting, she got her start as a backup dancer for pop acts like Janet Jackson, *NSYNC, and P!nk. Her experience in the field uniquely qualified her for Step Up; while filming, she met Channing Tatum, who she'd end up marrying in July 2009. In May 2013, she gave birth to their first child, a girl named Everly. They separated in 2018, and divorced the next year. She is in a relationship with actor Steve Kazee, giving birth to their son Callum in March 2020.