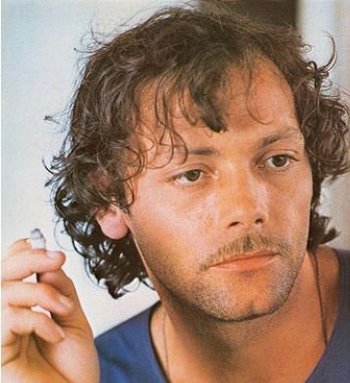 Born in a family of entertainers and artists, the Maurins (he was the son of actress Mado Maurin and an unknown father, and the older half-brother of Dominique Collignon-Maurin), he started his career on stage at age 3. He later performed at the Parisian Café de la Gare, and got his major break (along with Gérard Depardieu and Miou-Miou, his comrades at the Café de la Gare) in 1974 with the film Les Valseuses.

He was known for his natural, lifelike and fiery Method Acting, earning five nominations for Best Actor at the César awards as well as a nomination for the César of Best Supporting Role — to say that he was snubbed (often in favor of the aforementioned Depardieu) would be an understatement.

He was a deeply troubled man, which reflected in many of his intense performances and the roles he chose. He ended up committing suicide by gunshot (with a rifle that was offered to him by his friend Coluche) at the age of 35 after going through drug addiction and a number of life tragedies. He is the father of screenwriter Angèle Herry (which he got with his then girlfriend Miou-Miou) and actress Lola Dewaere.