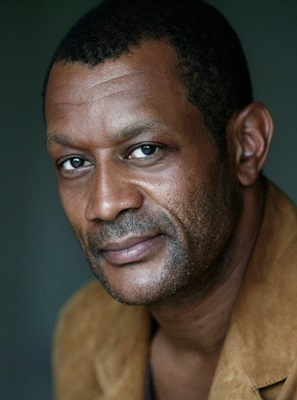 He is best known as the most prolific French dubbing voice of Samuel L. Jackson since Pulp Fiction note Though sadly he didn't get to dub Mace Windu in the Star Wars films, he did the Trade Federation Neimoidians instead. He eventually dubbed Windu in LEGO Star Wars: The Complete Saga. Other actors he has regularly lent his Badass Baritone voice to include Wesley Snipes (most famously as Blade), Giancarlo Esposito, Cuba Gooding Jr., Lance Reddick, Colin Salmon, Laurence Fishburne, Forest Whitaker, Dennis Haysbert, Harry Lennix, Terry Crews, Keith David, Eriq La Salle, Ernie Hudson, Tony Todd, Andre Braugher, Joe Morton and Lenny Henry (for The Lord of the Rings: The Rings of Power).

Long story short, where Maïk Darah has dubbed many female African-American leads in French, Desroses did for males.

Acting-wise, he is best know for his cop roles in French police procedurals such as P.J. and Femmes de loi.