Film / The Last Sharknado: It's About Time 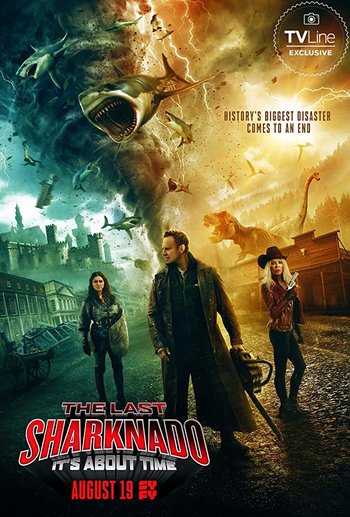 The final film in the Sharknado franchise, which aired on August 19, 2018.

Following the events of Sharknado 5: Global Swarming, the world is in ruins from repeated Sharknadoes. One of the only survivors, Fin Shepard, attempts to remedy this by traveling through time. He ends up traveling to various time periods and teaming up with old friends who were once lost.