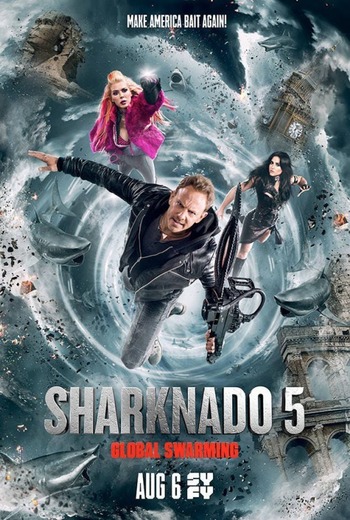 The fifth entry in the Sharknado franchise, following Sharknado: The 4th Awakens. It aired on August 6, 2017.

The shark-filled storms become stronger and stronger until the sharknadoes become global. Fin Shepard and his wife April must take up the fight once again, and it becomes personal when their son Little Gil gets sucked into a sharknado.

Followed by The Last Sharknado: It's About Time.