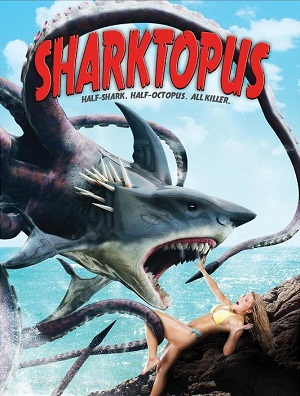 A Syfy Channel Original Movie released September 25, 2010, this film centers on the rampage of a half-shark half-octopus whose handlers have lost control of it.

The film would later go on to inspire Piranhaconda, a sort of Spiritual Successor in 2012, and followed by two official sequels: Sharktopus vs Pteracuda which aired on August 2, 2014 and Sharktopus vs. Whalewolf on July 19, 2015.