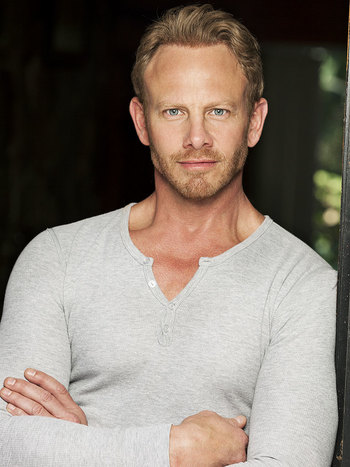 Ian Ziering (born March 30, 1964 in Newark, New Jersey) is an American actor and voice actor, best known as Steve Sanders from Beverly Hills, 90210 and Fin Shepard from the Sharknado films. His forays into voice acting have included Vinnie from Biker Mice from Mars and Nick Tatopoulos in Godzilla: The Series.