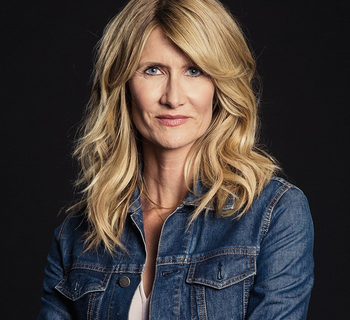 "I made a commitment to myself; that I wanted to be an actress, and I wanted to do films that make a difference. It has to move people."
Advertisement:

She's best known for playing Ellie Sattler in Jurassic Park and for being something of a muse for David Lynch — she has appeared in Blue Velvet, Wild at Heart, Inland Empire, and Twin Peaks — and Alexander Payne (Citizen Ruth and Downsizing). She also helped produce the 2020 documentary film The Way I See It.

She is the daughter of actors Bruce Dern and Diane Ladd. (A 7-year-old Laura can be seen as an extra in Alice Doesn't Live Here Anymore, which starred her mother.)

Tropes related to her career: