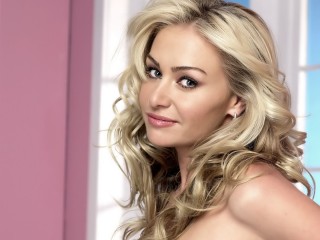 "We must be able to inspire. That's my goal in acting."

Portia Lee James DeGeneres (born Amanda Lee Rogers on January 31, 1973) is an Australian actress and model. Known for her marriage to Ellen DeGeneres and her acting roles as Nelle Porter on Ally McBeal, Lindsay Bluth Fünke on Arrested Development and Veronica Palmer on Better Off Ted. Her autobiography, Unbearable Lightness was acclaimed for casting light on the pressures of stardom (which, in her case, led to a battle with eating disorders). She has since quit acting to focus full time on the art curation company she founded.