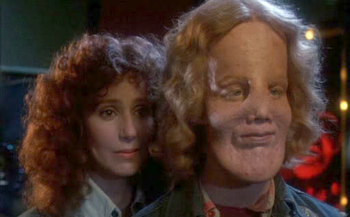 The film is based on the true story of Rocky Dennis (Stoltz), a kid who was born with lionitis

and suffered a lot for this despite his mother Florence "Rusty" Dennis (Cher) always trying to give him a normal life.