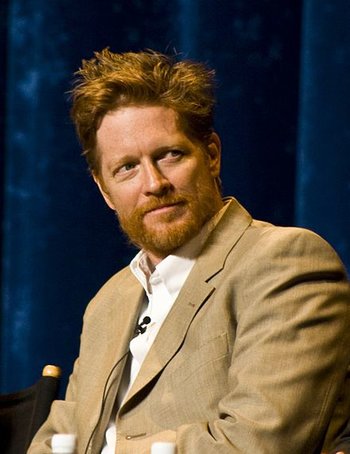 He is best known for playing Rocky Dennis in Mask and Lance in Pulp Fiction. He was also famously cast as Marty McFly in Back to the Future before being replaced by Michael J. Fox. Stoltz worked on the film for a month and was then fired because his performance was not comedic enough for director Robert Zemeckis.

Stoltz can still be seen in the film driving the DeLorean in some wide shots and according to Thomas F. Wilson the closeup shot of Biff being punched by Marty in the diner is almost certainly Stoltz as well, or his fist at least. Additionally, several seconds of the original footage were released as part of a DVD extra

(though his full performance remains locked in a vault and may never see the light of day).

As a director, he has worked on episodes of Law & Order, Boston Legal, Grey's Anatomy, Glee and Madam Secretary.