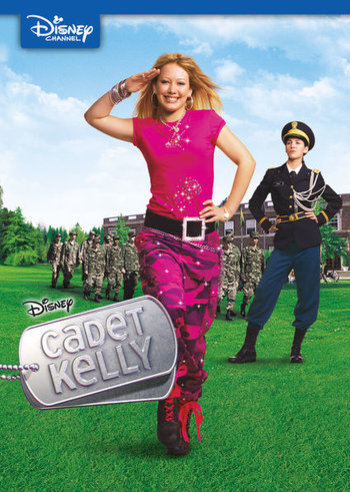 When Kelly Collins's mother marries a retired general, they move, giving Kelly a surprise—she has to go to George Washington Military Academy. She wants to assert her individuality by wearing accessories and carrying around her old blanket, but keeps on getting punished for that by Cadet Captain Stone. Eventually, she can't take it anymore and takes revenge on her. Kelly gets court-martialed and forced to clean the gear of the school's rifle team, leading to acceptance of her stepdad and of the school.

Tropes associated with Cadet Kelly are: