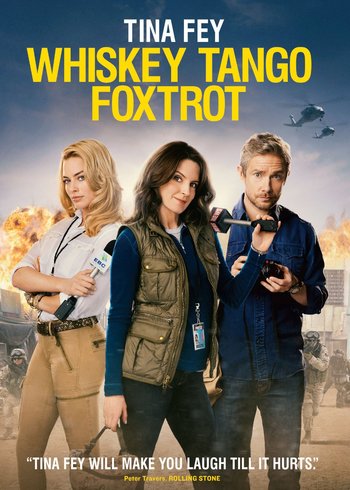 Whiskey Tango Foxtrot is a 2016 American biographical war comedy-drama film. It is based on the memoir The Taliban Shuffle: Strange Days in Afghanistan and Pakistan by Kim Barker.

In 2003, Kim Barker (Tina Fey) is a television journalist who is dissatisfied with the state of her career covering low-profile stories. She decides to take a short assignment as a war correspondent in Afghanistan, where she develops a friendship with noted English correspondent Tanya Vanderpoel (Margot Robbie) and begins a relationship with Scottish freelance photographer Iain MacKelpie (Martin Freeman). After a period of adjustment, she begins taking well to the assignment, and despite the danger, Kim stays in Afghanistan for months, then years, beyond her original assignment.