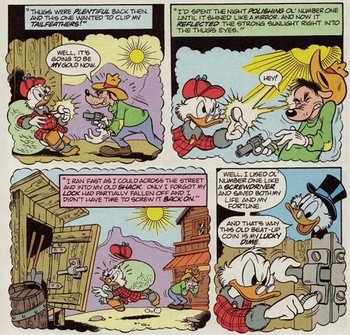 Heroes often find themselves trapped. On closer inspection of their predicament, they discover there is a way out, but it is sealed with screws. Lacking proper tools, the hero is forced to improvise a screwdriver from materials at hand.

Coins and rings are popular choices, as these are common items that villains might not think to remove from a hero.

This can be Truth in Television.