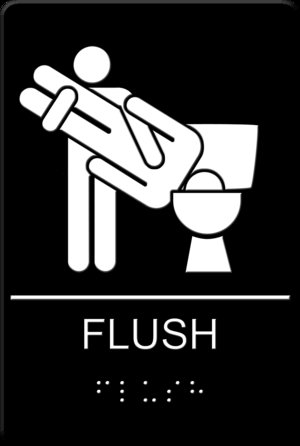 Because even the blind can't resist such a prank sometimes.

A type of abuse The Bully can inflict on others. The swirlie is portrayed half the time as a real shot of some poor kid getting his head stuck in the toilet, and the other half as a bully simply mentioning the word "swirly" to the cringing dismay of all the bully victims in earshot.

If the victim is lucky, no one used the toilet first...

A less-malevolent form of Water Torture. See also Camping a Crapper for other bathroom attacks, and The Can Kicked Him for more serious injuries.

Panty and Scanty try to drown each other in the toilets.

Panty and Scanty try to drown each other in the toilets.