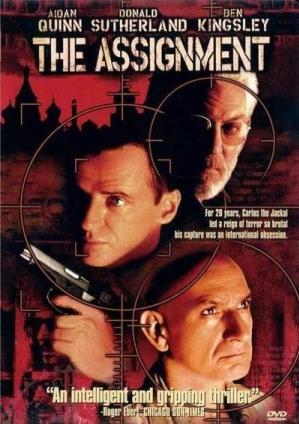 While on holiday in Jerusalem in 1986, a Cuban-American naval officer called Annibal Ramirez is detained and roughed up by Israeli intelligence officer Amos (played by Ben Kingsley). Turns out Annibal is the spitting image of 'Carlos the Jackal' Sanchez, the infamous Venezuelan terrorist who has evaded every attempt to kill or capture him. The mistake is (eventually) sorted out but gives Amos an idea. Together with Jack Shaw aka Henry Fields (Donald Sutherland), a CIA operative with his own axe to grind with Carlos, they plan to use Annibal to frame Carlos as a CIA informant, so he will be murdered by his own side.

Not to be confused with the 2016 action movie by Walter Hill.