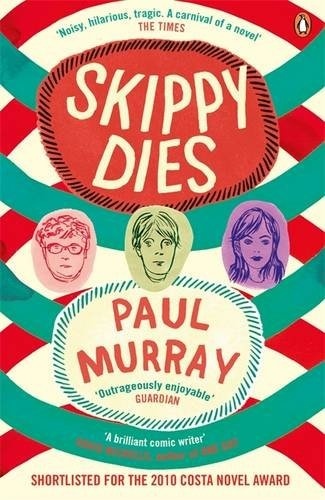 "Skippy and Ruprecht are having a doughnut-eating race one evening when Skippy turns purple and falls off his chair".
—Opening lines
Advertisement:

On one seemingly normal night, fourteen-year-old Daniel "Skippy" Juster suddenly drops dead in the middle of a donut-eating contest with his best friend. The novel opens with this scene, and then rewinds to a few months before to explore the circumstances leading up to it. Who was Skippy? What was his life like? How did he die, and just who was responsible? As the story of Skippy's final days are told, we see how his life was intertwined with the lives of his friends, teachers, and many others in his community; and the impact his mysterious death has on them in its aftermath.

Tropes present in Skippy Dies include: