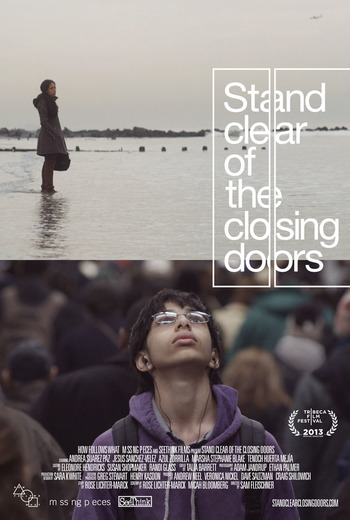 Stand Clear of the Closing Doors is a 2013 American drama film written by Rose Lichter-Marck and Micah Bloomberg and directed by Sam Fleischner.
Advertisement:

While walking home from school, Ricky Garcia (Jesus Sanchez-Velez), a thirteen-year-old autistic boy, runs away from home. He embarks on a days-long journey through the New York City Subway. Above ground, his mother Mariana (Andrea Suarez Paz) and his sister Carla (Azul Zorilla) frantically search for him.

Stand Clear of the Closing Doors contains examples of: