Film / Frankenstein and the Monster from Hell 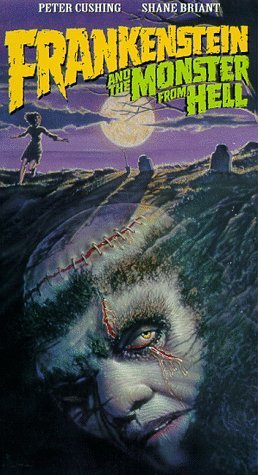 One Simon Helder is caught trying to replicate the works of Baron Frankenstein (Peter Cushing), and is sentenced to spend five years in the state asylum for the criminally insane, where Frankenstein himself was sent to several years ago. Upon arriving there, he finds out that Baron Frankenstein now works under the name Dr. Karl Victor and has taken the place over. Frankenstein takes Simon under his wing to aid him in his official, and later, private work. Work that involves creating a new monster (David Prowse)...