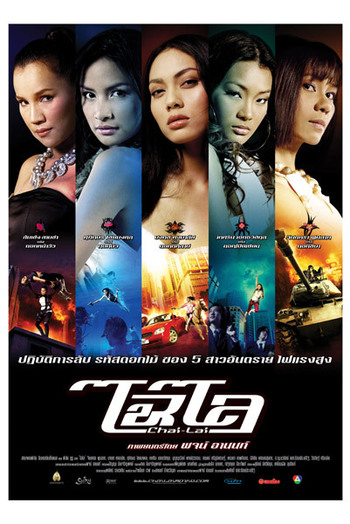 Chai Lai Angels: Dangerous Flowers is a 2006 Thai action film about five female top-secret crimefighters, each with the codename of a flower: Lotus, Hibiscus, Rose, Spadix and Crown of Thorns (a.k.a. Poy-sian). The premise is modelled after Charlie's Angels (2000).

Miki, the daughter of a professor and martial arts master, is sought after by an organised crime syndicate for her knowledge of the location of a hidden treasure, the Andaman Pearl. Five sexy undercover agents—Rose, Lotus, Crown of Thorns, Spadix and Hibiscus—known as the Chai Lai Angels are enlisted to protect her. However, the Chai Lai Angels are overtaken in an attack, which concludes with Miki being kidnapped. These dangerous flowers must use all of their resources and skills to fight and recover Miki and protect the Andaman Pearl. But, as they soon find out, this mission is unlike any they've encountered before.